Aniracetam is a nootropic compound that belongs to the family of racetam compounds. It’s known as a nootropic compound because it has the ability to enhance a number of cognitive functions including memory, concentration, mental endurance, focus, visual perception, and other thinking skills.

Aniracetam is a type of nootropic drugs which primarily works as a stimulant and brain enhancer. It works on part of the brain neuron called AMPA receptor. AMPA receptors help signals move quickly between neurons. By stimulating these receptors, memory, concentration, and alertness are improved. 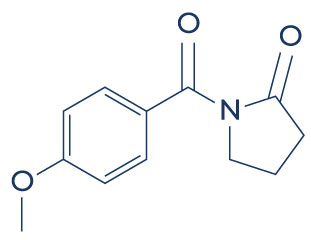 An overwhelming body of high quality studies supports the therapeutic benefits of aniracetam on the brain. According to these studies, aniracetam exerts its brain-boosting effects through the following important mechanisms:

Studies show that aniracetam may help improve overall mood through its potent antidepressant and anti-anxiety effects.

Aniracetam may help boost energy levels through its beneficial effects on energy metabolism:

There is increasing evidence that aniracetam may help fight alcohol addiction:

With its brain-boosting effects, aniracetam may also be beneficial in improving sleep pattern and quality. The following studies support the benefits of aniracetam in various sleeping difficulties:

Aniracetam has also been shown to exert beneficial effects on sexual health:

Associated Side Effects of Aniracetam