Caffeine is the most common natural nootropic or cognitive stimulant that has been used for several centuries. Almost 80% of the world’s population consumes products that contain caffeine in order to stay alert and productive. Besides coffee, other foods that are high in caffeine content include chocolate, ice cream, frozen yogurt, breakfast cereals, pudding, cocoa, soft drinks, tea brews, and protein bars. Nowadays, caffeine is also available in the form of pills.

Once ingested, caffeine is quickly absorbed from the digestive tract into the bloodstream. Caffeine then binds to adenosine receptors, which in turn boosts energy and mental processing. In addition, caffeine increases the production of neurotransmitters (brain chemicals) such as acetylcholine, dopamine, and norepinephrine, resulting in improved cognitive function. 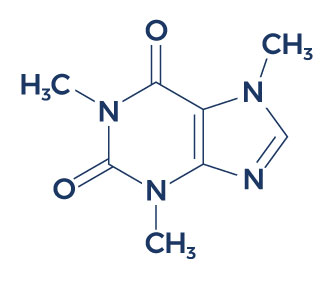 Studies show that this cognitive enhancer has positive effects on various areas of cognitive function:

There’s a good deal of evidence supporting the mood-elevating properties of caffeine:

This readily available and natural substance can also aid in weight loss. Studies show that caffeine has fat-burning properties:

E. Lowers the Risk of Diabetes

Consuming caffeine is a cost-effective way to lower your risk of diabetes. Studies show that caffeine can significantly reduce the development of high blood sugar levels:

There is increasing evidence supporting the benefits of coffee on liver health. Studies show that a cup of coffee and ingestion of caffeine products daily may help ward off liver disease:

Caffeine consumption can also dramatically reduce the risk of one of the most fatal diseases in the world. According to numerous clinical trials, a daily dose of caffeine may help prevent the prevalence of stroke and related deaths:

I. Maintains a Healthy Heart

Caffeine is also good for the heart. There is strong scientific evidence supporting the cardioprotective effects of this powerful nootropic:

Age-related hair loss can significantly affect one’s self-confidence and quality of life. Interestingly, there is a good deal of studies supporting the beneficial effects of caffeine on hair health:

Associated Side Effects of Caffeine

Side effects associated with caffeine may include the following: