Danazol is a man-made form of a steroid and is similar to the hormone testosterone. This medication is commonly prescribed for women with pelvic pain and infertility associated with endometriosis, a painful condition in which the lining of the uterus known as the endometrium grows outside the uterus. Other indications for danazol treatment include fibrocystic breast disease (benign breast lumps) and hereditary angioedema (inflammation of the airway, face, arms, and legs).

Danazol exerts its beneficial effects through its anti-estrogenic and anti-progestogenic activities. This medication reduces the production of the hormones estrogen and progesterone by suppressing certain receptors in the endometrium, resulting in thinning of the lining of the uterus. Because of this mechanism of action, danazol is often prescribed for the treatment of leiomyoma (a benign smooth muscle tumor in the uterus) and endometriosis (a disorder in which tissue similar to the lining of the uterus grows outside of the uterine cavity). Danazol also causes marked suppression of sex hormone-binding globulin (SHBG) levels in the blood, which in turn increases free testosterone. This ultimately results in androgenic effects such as an increase in muscle mass and fat loss. 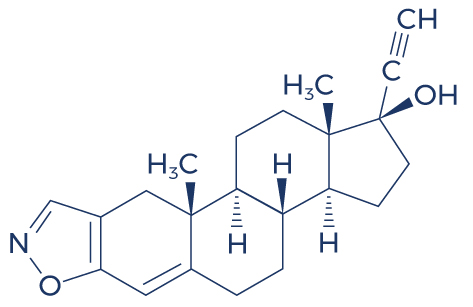 Free testosterone refers to the small amount of the total testosterone concentration that is not bound to any protein. The ability of danazol to boost testosterone levels via sex hormone-binding globulin suppression results in improved quality of life and is associated with various health benefits. The testosterone-boosting effects of danazol are backed by a number of studies:

A growing body of evidence also found that danazol is good for the heart and can be beneficial in people with cardiovascular disease:

Aside from its potent anti-cancer properties, numerous studies suggest that danazol has immune-modulating properties that can help ward off a wide array of diseases:

Evidence also suggests that danazol can help treat various types of malignant cells because of its potent anti-cancer properties:

An overwhelming body of high-quality studies shows that danazol can be a safe and effective therapeutic option in women with endometriosis and infertility:

Numerous studies have shown that danazol is highly effective in the treatment of various uterine problems such as uterine fibroids, endometriosis, and other uterine disorders:

Associated Side Effects of Danazol

Side effects associated with danazol may include the following: