Epithalon (Epitalon) is a synthetic peptide that reproduces the effects of epithalamin, a polypeptide found in the pineal gland. Its main role is to increase the natural production of telomeres. This allows DNA replication that is important for the formation and regeneration of cells.

Epithalon increases the body’s natural production of telomerase, an enzyme that helps cells produce telomeres. These act as cap protectors of our DNA that become worn out during DNA replication. The replication process is essential for cell division during the growth or repair of damaged tissues in the body. [1] Similar to other bodily functions, telomeres length shortens as we age. [2] Progressive shortening of telomeres may affect the health and lifespan of an individual. The good news is that we can preserve these telomeres, and there are scientific discoveries that can elongate them. In theory, an elongated telomere can extend the lifespan of a copy of DNA and allows it to be more efficient with cell replication. 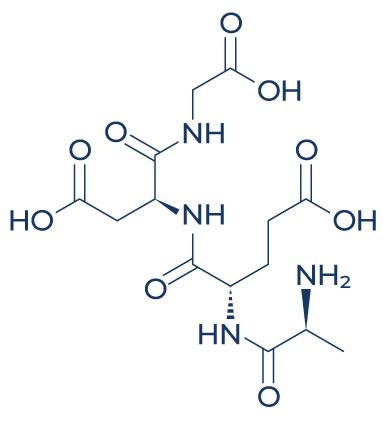 Compelling evidence suggests that the administration of epithalon can increase life span and reverse signs of aging:

One of the diseases caused by oxidative stress or free radical damage is cancer. Studies suggest that epithalon’s ability to increase the body’s antioxidant capacity can also help with slowing cancer growth:

Studies suggest that the ability of epithalon to regulate the production of the sleep hormone melatonin can help promote quality sleep:

There are also studies supporting the beneficial effects of epithalon on blood sugar and diabetic symptoms:

Associated Side Effects of Epithalon

Side effects associated with epithalon may include the following: