Gonadorelin, also known as Gonadotropin-releasing hormone (GnRH), is produced in the brain region called hypothalamus. This hormone stimulates the synthesis and release of follicle-stimulating hormone (FSH) and luteinizing hormone (LH) from the anterior pituitary gland. Gonadorelin is mainly used for treating infertility, delayed puberty, and amenorrhea (absence of menstruation). 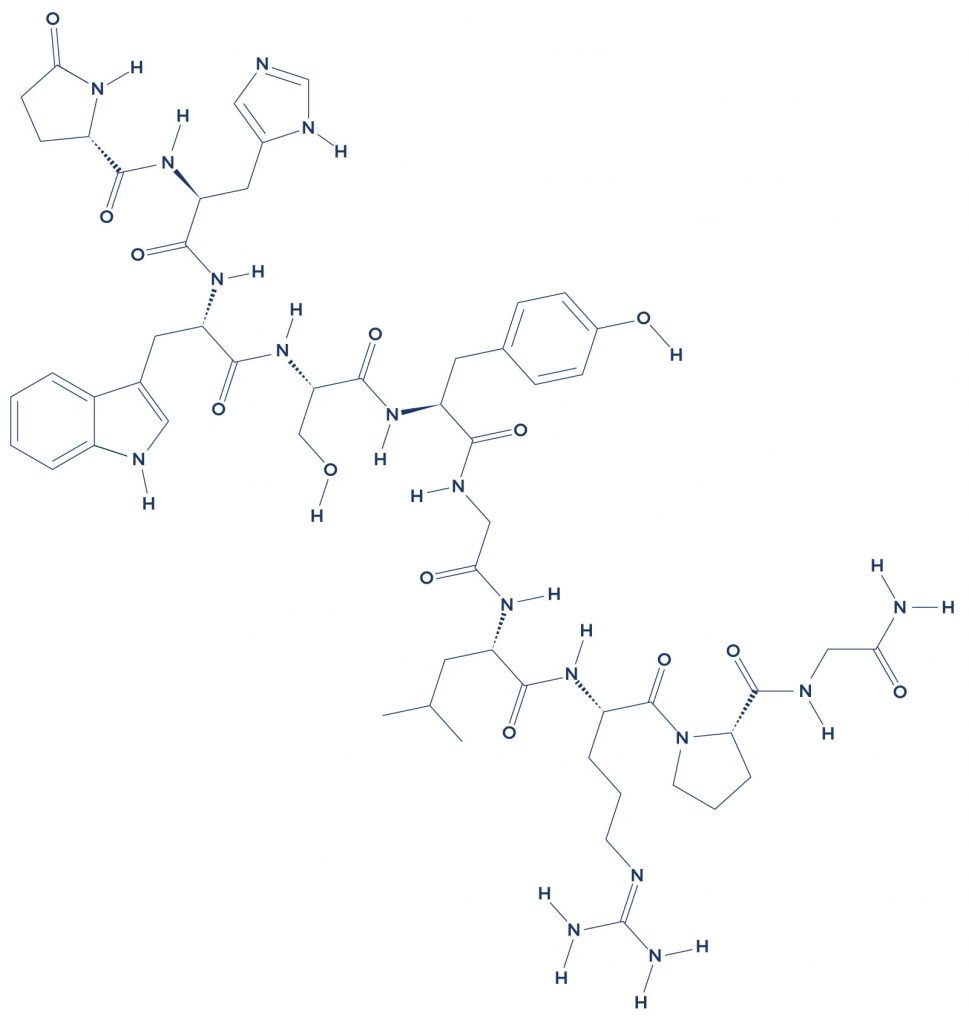 There are also studies supporting the beneficial effects of gonadorelin on testicular atrophy, a condition characterized by shrinking of the testicles:

A number of convincing studies suggest that gonadorelin can help improve fertility in both men and women:

Gonadorelin has also been found to increase sexual desire:

Studies suggest that gonadorelin is essential for muscle health:

Gonadorelin is also important for maintaining a healthy skeletal frame according to studies:

Studies suggest that gonadorelin can help improve mood through its antidepressant effects:

Associated Side Effects of Gonadorelin

Side effects associated with gonadorelin may include the following: