Zinc-Thymulin (ZT) is a spray solution commonly prescribed for the treatment of hair loss and bald patches on the scalp. It’s basically the combination of two natural compounds zinc and thymulin. Zinc is a nutrient involved in the regulation of immune function and metabolism while thymulin is a hormone involved in the development of T-lymphocytes into their fully-functional state.

Hair grows and becomes fuller because of the anagen phase. During this growth and development phase, the hair follicle causes the root of the hair to divide rapidly. Normally, the anagen phase is increased in younger individuals and gradually decreases with advancing age. Therefore, this age-related decline leads to weaker and thinner hair. To successfully treat hair loss, zinc-thymulin works by initiating the anagen phase. This important mechanism completely restores hair growth, resulting in fuller and healthier hair. 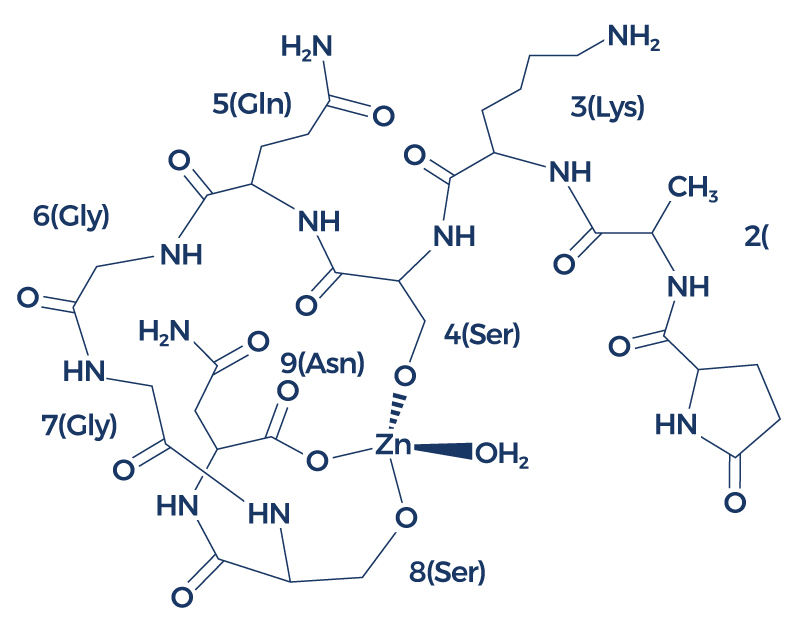 Older adults and even younger individuals in their early 20s can experience androgenetic alopecia, a genetic condition that can affect both genders. In men, it’s known as male pattern baldness and is characterized by a receding hairline from the crown and frontal scalp. In women, the condition is called female pattern baldness and is characterized by extensive hair loss at the crown.

A study by Vickers and colleagues investigated the safety and efficacy of the metallopeptide (an amino acid that contains metal ion) zinc-thymulin for treating androgenetic alopecia. [1] In this study, 18 adult subjects (17 males and 1 female) with an age range of 35-90 years and with a diagnosis of androgenetic alopecia were included. All subjects received a topical spray of zinc-thymulin on the scalp for 4-10 months. Baseline and after-treatment images of the scalp were taken in order to determine improvement in hair growth.

After 3,300 treatment days, zinc-thymulin produced no adverse effects or local side effects. Significant hair assessment improvement was observed in subjects who completed 6 months or more of continuous treatment. This was evidenced by a significant increase in the number of new hair growths, unlike in baseline where absent hair was noticeable in some regions of the scalp.

These findings suggest that topical application of zinc-thymulin is safe and effective for initiating and maintaining the anagen phase of the hair cycle, making it a potential therapeutic option for male and female pattern baldness.

Zinc-Thymulinis not just for hair regeneration. Evidence suggests that this powerful peptide also has beneficial effects on immune function.

In one study, Coto and colleagues found that zinc-thymulin stimulates nuclear protein kinase C in isolated lymphocyte nuclei. [3] Several lines of evidence suggest that nuclear protein kinase C is involved in the regulation of biological processes of the immune system such as immune cell proliferation and maturation, establishment and maintenance of cell polarity (spatial differences in shape, structure, and function within a cell), maintenance of the normal balance between T cells, and regulation of signaling pathways vital for both innate and adaptive immunity. [4-5]

In another study, Haddad investigated the effects of zinc-thymulin in an in vitro model of fetal alveolar type II epithelial cells (FATEII). [6] FATEII secretes a substance known as surfactant, which is important for lung function. Treatment of FATEII with zinc-thymulin resulted in an anti-inflammatory effect via inhibition of the cyclic adenosine monophosphate (cAMP) pathway. This suggests that zinc-thymulin may exert beneficial effects on immune function by suppressing the inflammatory process.

Associated Side Effects of Zinc-Thymulin

Zinc-Thymulin produces no adverse systemic effects or local side effects. [1]