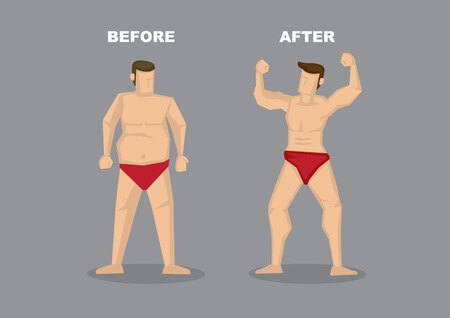 In the United States, obesity has already been declared as an epidemic. It has even outranked smoking as the country’s number one cause of preventable death. In fact, the country’s health care system annually spends an estimated $120 billion on obesity-related issues.

Did you know that there’s a therapy that could fight off obesity in men?

Obesity is a condition where one accumulates an excessive amount of body fat that leads to health impairment. It adversely impacts one’s quality of life and increases the risk of mortality.

When the calorie intake is greater than the calories burned, the body stores these extra calories as fat. It increases risks of health problems such as bone and joint problems, cardiovascular problems, various cancers, respiratory problems, diabetes, and depression.

Obesity usually springs from the combination of causes and contributing factors listed below:

How can testosterone therapy fight off obesity in men?

Testosterone, the male’s primary sexual hormone, is responsible for maintaining a man’s muscle mass and strength. When the testosterone level drops, a man’s ability to endure exercise also decreases.

It is most common that as men age, changes in the hormone levels start to happen. These hormonal changes bring about loss of muscle mass that leads to a decrease in a man’s metabolic rate. Though obesity can occur at any age, it mostly happens in aging men.

Farid Saad, a researcher from Bayer Pharma in Berlin, conducted a study on how testosterone replacement can treat older, overweight men with erectile dysfunction and other symptoms associated with low testosterone.

Though his study was not meant for the purpose of weight loss, they have observed that over the course of the study, the men lost more than 30 pounds on average during long-term exposure to testosterone therapy. The men shed an average of 3.5 inches from their waist circumference and maintained a healthy body composition with low fat and high lean mass. They also showed significant improvements in their blood pressure, blood glucose, triglyceride levels, and LDL cholesterol.

Indeed, testosterone therapy can be your new protective armor against obesity. To know more about this kind of treatment, click here. 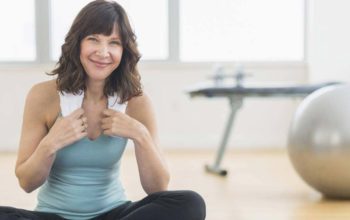