Human Growth Hormone, otherwise known as HGH, is an important molecule that is naturally produced by the human body. It is synthesized and secreted by the pituitary gland and is responsible for a number of physiological functions, including growth, cell reproduction, and cell regeneration. Because of its importance in driving development during childhood and in maintaining the body’s ability to reproduce and regenerate cells throughout a person’s lifetime, HGH is considered one of the most valuable of all hormones.

How is human growth hormone produced in the pituitary gland and how does it benefit the body?

The synthesis of HGH occurs in the somatotropic cells of the pituitary gland, a pea-sized gland located in the bottom part of the brain, just below the hypothalamus. The storage and secretion of HGH likewise happens in the pituitary gland, but its secretion is dependent on the balance of two peptides in the body, namely the growth hormone-releasing hormone (GHRH or somatocrinin) and the growth hormone-inhibiting hormone (GHIH or somatostatin).

Every several hours, the pituitary gland typically releases fairly large amounts of HGH. However, the secretion normally peaks at nighttime, when the person is asleep. This highlights the importance of getting proper sleep at night, which should allow one’s body to optimize the benefits that it can gain from the release of almost half of the HGH produced by the pituitary gland daily.

Take note that this hormone is essential for the maintenance and development of one’s muscles, bones, and skin.

More accurately, the physiological effects of HGH include influencing the following:

Human growth hormone deficiency can be brought about by a number of factors. These include:

Beyond the age of 30, a person’s HGH levels typically begin to decline. As a person gets older, he or she may begin to experience symptoms that are attributable to the decreasing levels of HGH in the body. These include fatigue and exhaustion, fragile or weak bones, decreasing muscle mass and strength, weight gain, high levels of low-density lipoprotein (also known as bad cholesterol), and memory problems. A person also tends to become more at risk to cardiovascular diseases and osteoporosis because of dipping HGH levels.

Aside from observing good lifestyle choices like getting proper sleep, keeping physically active, and eating a healthy, low-glycemic index diet, one can also explore the possibility of getting bioidentical hormone replacement therapy in order to deal with aging-related HGH deficiency.

Produced from natural sources, bioidentical hormones can have a considerable positive effect on a person’s health and wellbeing by countering the negative effects of declining HGH levels. Some of the benefits you might enjoy from undergoing this therapy include the following:

To know more about bioidentical hormone replacement therapy, please get in touch with Genemedics today. 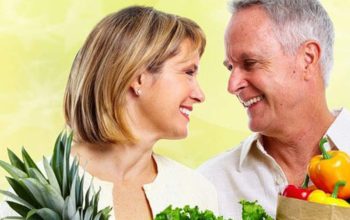 Changes in Your Diet You Need to Make After 50

A Holistic Approach to Balanced Hormones: Anti-aging Services With BHRT 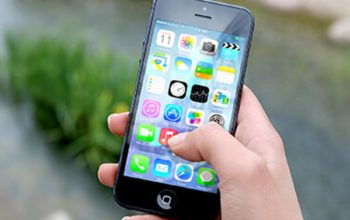