What is Human Growth Hormone (HGH)?

Athletes have long known about the benefits of a powerful hormone called insulin-like growth factor-1, or IGF-1. Now, mainstream research is showing that IGF-1’s benefits for men can extend beyond the gym and into everyday life by IGF 1 treatment for Men. Exciting new findings are revealing that IGF-1 can help protect cells, fight off diseases of aging, and promote overall health for millions of men who may not even realize they are suffering from a deficiency in this critical hormone.

The Genemedics Health Institute is a national leader in IGF 1 hormone therapy. We are one of the few clinics in the country with the expertise to identify and correct deficiencies in IGF-1 among men. If you are suffering from unexplained symptoms, are interested in reducing your risk of disease, or suspect you might be suffering from a hormone deficiency, call us today to set up an initial consultation.

IGF-1 is the product of a chain of reactions that begins in the region of the brain known as the hypothalamus. In response to an internal signal, the hypothalamus produces a chemical known as growth hormone releasing hormone. This hormone in turn stimulates the pituitary gland to ramp up the production of human growth hormone (HGH), which has been used among professional athletes to increase performance for years.

Few people realize, however, that many of HGH’s most powerful benefits are actually due to its conversion to IGF-1 in the liver. In fact, HGH therapy, along with direct IGF-1 therapy, is one of the best ways to increase IGF-1 levels.

Under ideal conditions, a youthful body maintains adequate IGF-1 levels through regular “surges” of HGH production. In fact, depending on your age, your body might release a surge of HGH every 3 to 5 hours. Maintaining optimal IGF-1 levels is crucial to optimal health in men. It has been shown to aid in several vital functions, including:

The most common cause of IGF-1 deficiency among men is aging. Other common causes of IGF-1 (Insulin-like Growth Factor 1) deficiency include liver disease, pituitary tumours, gene mutations, head injuries or trauma, infections, radiation, and surgery. 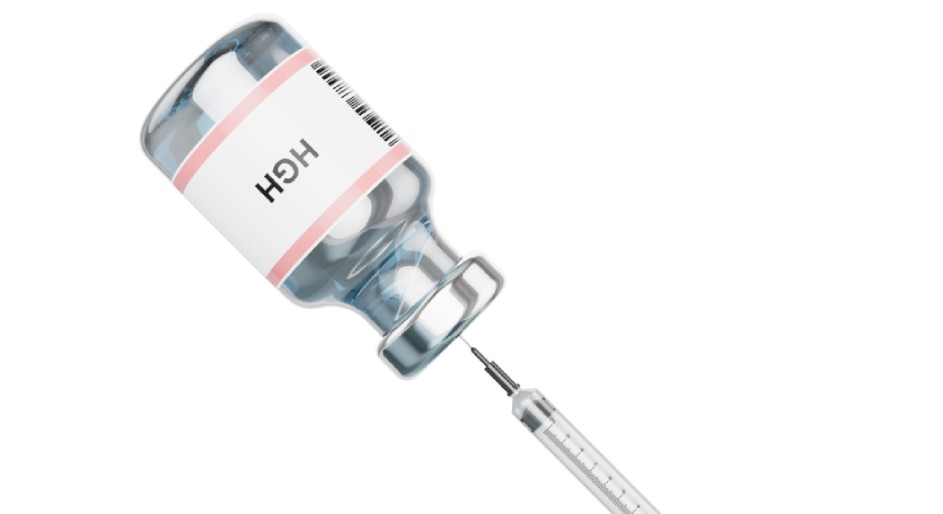 Men with cardiovascular disease have depressed serum IGF-1 levels. The worse the disease, the lower the IGF-1 levels. This is in part due to the way IGF-1 interacts with the very delicate, innermost layer of cells in arties, called the endothelial layer. Researchers increasingly understand that atherosclerosis, or the development of arterial plaque, begins with subtle injuries to the endothelial layer. In its early stages, this is known as endothelial dysfunction and is the first step on the road to serious heart disease. IGF-1 fights endothelial dysfunction in several ways:

Prolonged elevated levels of high blood sugar in diabetic men can lead to severe complications that may affect the eyes, kidneys, or nerves. Because IGF-I (Insulin-like Growth Factor 1) and insulin have similar structures, they both lower high blood glucose by binding to insulin receptors to stimulate glucose transport in fat and muscle. In this way, glucose doesn’t pool up in the bloodstream and the body can utilize it properly as a source of energy.

When IGF-1 is given to diabetic men, there is an improvement in blood glucose control and a reduction in the insulin dose required to bring blood glucose to normal levels. Similar results, together with fat mass reduction are seen in men with Type 2 diabetes who receive larger doses of IGF-1.

IGF-1 is best known for its role in muscle building and repair. During childhood, IGF-1 works in conjunction with other growth hormones to help children grow normally. Among adults, IGF-1 is known to:

IGF-1 is produced inside the bone, where it acts directly on bone-building cells calls osteoclasts. After puberty, IGF-1 and HGH levels go down, but IGF-1 continues to exert a powerful effect on bone health throughout life. In a review of eighteen high-quality studies, researchers found that administration of IGF-1 and HGH to patients with osteoporosis “significantly increased bone formation.”

Inflammation has been linked to hundreds of diseases such as cancer. The most dangerous type of inflammation is chronic inflammation. This occurs when the body’s inflammatory response is permanently turned on. When this happens, the body is flooded with dangerous inflammatory chemicals such as homocysteine, C-reactive protein, and various cytokines that attack body tissues indiscriminately, weakening arteries and veins and leading to a wide array of diseases.

Because of its role in cell function, IGF-1 is intimately involved in the inflammatory response, so it’s crucial to maintain healthy IGF-1 levels. One study found that IGF-1 is critical to muscle repair after exertion because it helps reduce inflammation. Low levels of IGF-1 that occur alongside chronic inflammation have also been connected to an increased risk of cardiovascular disease. Similarly, increased levels of IGF-1 have been shown to reduce vascular inflammation and oxidant stress, which slows the rate of atherosclerotic plaque progression.

IGF-1 levels decline as men age. This progressive decline can contribute to erectile dysfunction (ED). IGF-1 is known to mediate the production of nitric oxide, which is the principal mediator of penile erection” by causing relaxation of vascular smooth muscle that leads to engorgement of the penis with blood. Maintaining healthy IGF-1 levels can help keep your levels of nitric oxide in a more optimal state, which may help reduce the incidence of ED.

Men who engage in sports and weight lifting are at increased risk of injury. IGF 1 helps repair damaged muscle fibers by triggering the activity of satellite cells, which results in muscle growth. IGF-1 also mediates the biological processes necessary for the repair of muscles, tendons, and ligaments following acute traumatic or overuse injury. And animal and human studies have demonstrated clear benefits in terms of accelerated healing. For wound healing, IGF-1 has receptors that stimulate local collagen formation.

DMD is a rare genetic disorder characterized by progressive weakening and wasting of the muscles and is more likely to develop in men than women. IGF-I administration can prevent muscle wasting by stimulating muscle growth through suppression of protein breakdown. The administration of IGF-1 has been considered a promising therapeutic intervention for advanced muscle weakness and wasting because of IGF-1’s role in skeletal muscle growth, myogenesis (formation of muscular tissue), survival, and regeneration.

Autism is a mental condition characterized by difficulty in communicating and forming relationships with other people. Males are at greater risk for neurodevelopmental disorders such as autism. In a recent study, IGF-1 supplementation significantly improved social withdrawal in children with a rare type of autism spectrum disorder. This may be due to IGF-1’s action in promoting nerve cell survival and increasing the activity of synapses (the structure that permits nerve cells to pass an electrical or chemical signal to each other).

Parkinson’s disease is a progressive disorder of the nervous system that affects movement and is more likely to develop in men than women. The main cause of the disease is the death of dopamine neurons, which send messages to the part of the brain that controls movement and coordination. IGF-1 provides protection against loss of dopaminergic neurons, thus slowing the progress of the disease and improving symptoms.

For men with abnormally low levels of IGF-1, balancing low levels of other hormones often significantly improves growth hormone levels as well as related symptoms. Your physician may recommend medications such as IGF-1 supplements and advise you on healthy lifestyle changes. Hormone balance with natural bioidentical hormone replacement therapy for men will not only improve the patient’s symptoms but also his quality of life while preventing disease and illness. Balancing growth hormone levels will give you the following benefits:

Genemedics Health Institute offers the latest lab testing to determine all of your hormone levels. Our expert bioidentical hormone replacement therapy doctor will develop a care plan that is tailored to each individual needs.