Testosterone is the main male sex hormone. During puberty, it is responsible for the development of secondary sexual characteristics, including deepening of the voice; growth of the penis, testes, muscles and body hair; getting taller; and sperm production. Testosterone also plays a role in fat distribution, red blood cell production, and maintaining bone density. boosting your testosterone levels with Testosterone Replacement Therapy can help bring your energy levels back to normal.

Testosterone is created primarily in the testicles, under the influence of the pituitary gland. Testosterone levels surge during puberty and remain elevated through a man’s 20s and into his 30s. Beginning in the mid-30s, many men begin to experience a gradual reduction in testosterone production, as much as 1-2% every year. The result of this slow-moving testosterone deficiency—called andropause—can be a constellation of symptoms, including loss of energy, weight gain, reduced sex drive, increased risk for diseases, balding, and many others.

Despite this, too many men remain unaware that their “normal” symptoms of aging might in fact be due to a deficiency in testosterone. Overall, up to 40% of men aged 45 years and above might have low testosterone levels, but only a fraction of these seek out treatment. The doctors at Genemedics Health Institute are here to help. We are one of the nation’s leading clinics for male andropause, testosterone therapy, and anti-aging programs for men. If you suspect you are suffering from low testosterone levels, our doctors can help—we have worked with thousands of men to relieve symptoms associated with testosterone deficiency.

Testosterone deficiency can occur at any point in a male’s life, depending on its cause. During puberty, males with low testosterone can have the following signs and symptoms:

In adult men, testosterone deficiency can cause: 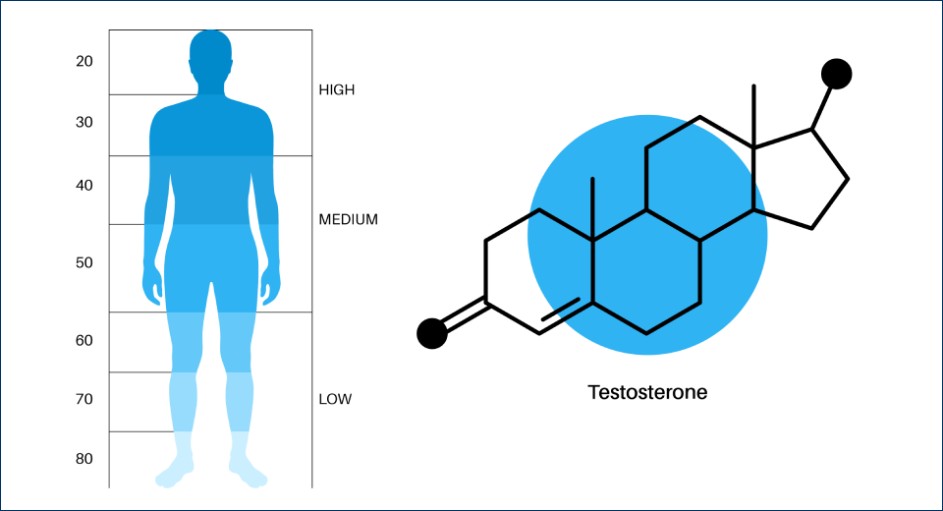 Low testosterone can be a significant marker for osteoporosis and other bone diseases. Testosterone helps maintain strong bones and stimulates bone formation. Several studies involving testosterone deficient men yield similar results—that lower levels of testosterone are associated with decreased bone density and increase a man’s risk for osteoporosis and other bone disorders. Many observational studies have found an association between testosterone use in men and significant gains in bone density, favourable changes in bone turnover (total volume of bone that is both resorbed and formed over a period of time), and lower risk of osteoporotic fractures.

Low testosterone can be a significant marker for osteoporosis and other bone diseases. Testosterone helps maintain strong bones and stimulates bone formation. Several studies involving testosterone deficient men yield similar results—that lower levels of testosterone are associated with decreased bone density and increase a man’s risk for osteoporosis and other bone disorders. Many observational studies have found an association between testosterone use in men and significant gains in bone density, favourable changes in bone turnover (total volume of bone that is both resorbed and formed over a period of time), and lower risk of osteoporotic fractures.

Low testosterone is common in patients with cardiovascular diseases and has been associated with poorer clinical outcomes. In the largest study to date, involving 11,606 healthy men aged 40 to 79 years old, the researchers reported that low levels of testosterone increased the risk of cardiovascular disease after a 6- to 10-year follow-up period. Even more relevant, researchers reported a mortality rate of 21% among 930 men with coronary disease and testosterone deficiency versus only 12% in the group with healthy levels of testosterone.

Testosterone promotes the accumulation of plaques of fatty material on the inner walls of the arteries, a condition known as atherosclerosis. Testosterone administration may be beneficial in cardiovascular diseases thanks to these factors:

Testosterone is the fuel for male sex drive and performance. In one large study, researchers have found a strong link between low testosterone levels and low sexual desire. In all of the respondents, 28% of men with low testosterone levels exhibited low sexual desire and function. Testosterone administration may be beneficial in men with sexual dysfunction thanks to its effect on nitric oxide, which is crucial for developing and maintaining erections. One long-term study involving 18 testosterone-deficient men who received testosterone replacement therapy for a period of 3 years showed improvements in prostate volume, energy, and sexual function.

Mood swings in men are a primary symptom of low testosterone. Changes in mood such as irritability, lack of energy and motivation, bouts of depression, and a decrease in well-being are common among hypogonadal men. Testosterone directly affects serotonin levels in the brain. Serotonin is one of the brain chemicals responsible for regulating mood. As men get older, their ability to absorb serotonin decreases. This explains why low testosterone in older men seems to put them at particular risk for mood changes.
Multiple studies using testosterone therapy have shown that it favourably affects mood. In a meta-analysis of data from seven studies, testosterone therapy in hypogonadal men showed a significant positive effect on the Hamilton Rating Scale for Depression (HAM-D) when compared to placebo. In another study, testosterone replacement therapy in hypogonadal men with symptoms of depression who did not respond to anti-depressants showed improvements in depressive symptoms and overall mood.

Testosterone plays a major role in the immune system by increasing the number of circulating immune cells. It accomplishes this by affecting the reproduction, maturation, and ultimately the functioning of immune cells and molecules, especially cytokines. 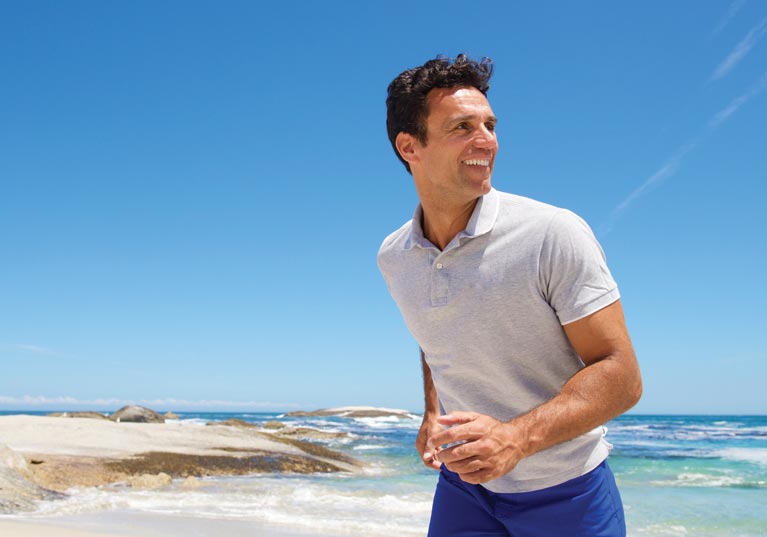