What is Clomiphene citrate?

Clomiphene citrate, also known by its brand name Clomid, is a U.S. Food and Drug Administration (FDA)-approved drug for infertility in both men and women. It’s touted as the “first-line” fertility medication recommended for the treatment of irregular ovulation and low sperm count. Clomiphene citrate has a proven safety record. In fact, the first successful clinical trials for this fertility medication date back in 1967 where it was used for ovulation induction. [1] People with fertility problems can benefit from clomiphene citrate by taking its oral form or via injections.

Clomiphene citrate stimulates the pituitary gland in the brain to increase the production of follicle stimulating hormone (FSH) and LH (luteinizing hormone). This in turn promotes ovarian follicle growth and thus initiates ovulation.

How Clomiphene citrate Works for Women

In women, clomiphene citrate works by blocking the production of the hormone estrogen. This mechanism stimulates the hypothalamus and pituitary glands in the brain to produce several hormones necessary for maturation of the egg follicles, such as follicle stimulating hormone (FSH), gonadotropin-releasing hormone (GnRH), and luteinizing hormone (LH). As the egg matures, the chances of ovulation and getting pregnant are usually higher.

How Clomiphene citrate Works for Men

In men, clomiphene citrate also boosts the production of FSH and LH. These hormones are also present in men and are important for fertility. Specifically, LH stimulates the release of testosterone while FSH is required in the first stage of sperm production (spermatogenesis). With increased testosterone levels, the sperm can move properly through female reproductive tract to reach the matured egg (motility). In addition, testosterone increases sex drive and sexual function. 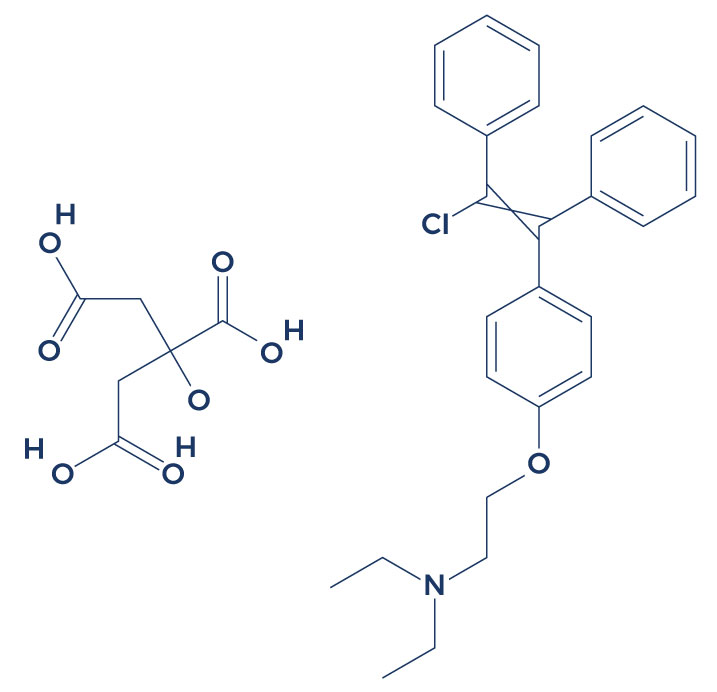 An overwhelming body of clinical evidence supports the beneficial effects of clomiphene citrate on fertility. Studies show that this fertility medication increases the chance of pregnancy:

Associated Side Effects of Clomiphene citrate

Side effects associated with clomiphene citrate may include the following: