What is Caffeine Anhydrous?

Caffeine anhydrous is dehydrated caffeine in a form of highly concentrated crystallized powder. It is naturally made from coffee, tea, and other plants that contain caffeine. It can also be manufactured from the chemicals of urea and chloroacetic acid. This nervous system stimulant can be taken in the form of pills, gums, or gels.

Dehydrated caffeine works the same way as caffeine from a natural source. When consumed, caffeine prevents too much adenosine which helps you feel awake for longer periods of time. It is also a proven performance enhancer that can help benefit exercise performance and other daily activities. 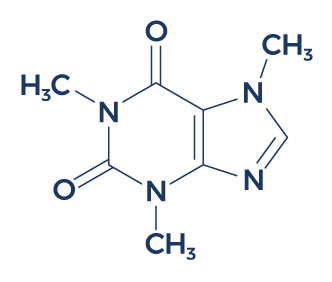 Caffeine anhydrous intake has also been found to benefit people with sexual dysfunction:

C. Lowers the Risk of Stroke

Caffeine anhydrous has also been shown to boost cognitive function:

A study showed that the addition of caffeine anhydrous to antitumor drugs may help increase the efficacy of the treatment. [16]

A convincing number of studies suggest that caffeine anhydrous can help boost exercise performance in both athletes and physically active individuals:

Associated Side Effects of Caffeine Anhydrous

Side effects associated with caffeine anhydrous may include the following: